I note that the Harry Potter’s mum has apparently been recently blackballed by her erstwhile publisher for remarking sometime ago that trans-women are not actual women-women. In this age of full-blown deceit and shameless manipulation with respect to media news like this, it is impossible to know if there is any truth to this claim at all. That is, the whole spat is actually just a marketing project for her new book; the whole twitter world on fire is very cheap publicity. Those involved in this world would easily conceive and execute a lie like this, such is their contempt for the consumer public, and especially the fan base. Whatever, it won’t end badly for Rowling. Well, not in this world anyway!

Some thoughts spin off this event:

Firstly, as a deeply opinionated millionairess that harnessed the socmed mob for advantage, this event (if real) could be considered as payback, and enjoyed for the same reason. Good old schadenfreude!

Secondly, there is a very strong whiff of dark arts surrounding this story. Sex change spells; shape shifting, powerful potions, knife-wielded mutilations, transforming enhancements that eventually lose their magic and turn toxic. The invisible social ether full of accusations, disappointments and, allegedly, curses called down on Rowling. There is a sense of more to this than meets the eye, even beyond the probability of this being a black-arts marketing spell. All of this leads us into the febrile, dark magic world she has created, but which is coming out to meet her in turn.

And this reverie got me thinking about the Potter phenomenon:

It is perhaps the last publishing and child reading phenomenon of our age. The way that the characters, actors and target audience grew up with each other gave these books a power like no other.

However, as time passes this phenomena with its anachronistic obsession with boarding school life and magic and evil starts to seem strange. The contemporary and should-be familiar setting of the story is discordant with all the sorcery goings on and the evil backdrop. And the Potter enthusiasts, always seeming a little too enthusiastic for their own good, cult-like even. It’s almost as if they had been put under a spell. And us adults swept along in the mania, so delighted that someone got children to read, that we never considered anything beyond this. Like, for example, that the psychic impact on post-Christian, and thus spiritually unanchored, childish minds of such a world of evil wizardry, is an order of magnitude greater in apparent authenticity than witchy folk tales, not least because of their brilliant movie renditions. These stories that define the Potter generation are not at all like their Blyton-esque equivalents of an earlier age. My feeling is that, having been an avid Blyton reader, that these stories leave no negative psychic residue, I am not so sure about this for the Potter series. One can, of course, easily overstate this claim, but just as easily understate it.

I don’t follow the pop music world, but have noted nevertheless what I regard as disturbing black magic/Satanic imagery and references being commonplace, and wondered about the cultural source and appetite for such. Obviously, though, it’s not all Potter derived, but anything is still something. And something that feeds this phenomenon is to be feared and resisted.

Obviously, Rowling has talent. After the talent, and treasure chests filled to overflowing with geld, comes the hubris: JKR revealing herself as the Bono of literature. And it is in the revealing of this aspect of her nature that also gives one pause. The sorcery seems to have a meaning beyond the plots, a metaphor for something unwholesome that connects all the parts of this mania together. The inspiration inspired to what end, think it if ye dare!

Too, I don’t like that Rowling has not acknowledged what is surely a direct debt to Ursula Le Guin’s Wizard of Earthsea. Again revealing of something more than nothing.

Posted by Seneca Caledonia at 2:21 AM No comments:

Pride goeth before destruction,
So, she always gets one wrong
And spoils the perfect 10
She so covets, covets
Like battery acid in the gut

She argues over my marking
That ‘e’ is really an ‘a’, so it’s right!
A clash of wills, I don’t submit
Even for a quiet life

She checks classmates’ work
For errors, but with a view
To reducing their score!
And argues this too

I tell to mind her own business
She threatens me with incompetence
And when force doesn’t work
She switches to tears, easily

Finally she gets them all correct
I congratulate, genuinely pleased
For her and equally relived for myself
But alas to find the taste of victory

Did not bring the expected sweetness
Of spirit distilled from relief
But hubristic residue: It’s about time
I was shown some respect!

and a haughty spirit before a fall.

By way of contrast with last week’s wonderful little girl of the past, I present a sometimes less wonderful little girl of the present.
Such a child, here illustrated in the poem, could not and would not have displayed this bumptiousness in a class of her grandmother’s time. And any age prior to this would have rendered, even the thought, utterly inconceivable. She could have played the Catherine de' Medici at home, or perhaps the playground, but it was against just such lèse-majesté that teachers were armed with the belt. Whether its use (or more likely, threat of) could have sweetened her character is perhaps to be debated later, but it would have certainly put a leash on her tongue and the persecution of her classmates - and thus served, it could be argued, the public good.
I must note that I rather admired, grudgingly, the daemon that drove this child. It is unusual to find one, at such a young age (P3), so directly combative against an adult. If only this energy could have been put to a kinder and more positive end; she could have been a little shining star, instead of a dark star.
I rather fancied her as fixable, but this process would have to come with her maturity. There is no way in the educational world of the present that such a child could be sorted. This is our tragedy and hers.
I wish her well. And hope that she doesn't read this; I'm a wee bit scared of her coming to my door to tell me who's who and what's what.

Posted by Seneca Caledonia at 12:49 AM No comments:

Girl Power: I can sit still


Girl Power: I can sit still

I am five years old.
I can sit still and listen.
I will not talk because
the teacher asked us not to.
Us is me too.

This is not hard to do.
It's just as easy as standing still
or, after playtime, marching indoors
quietly in pairs while holding
your partner's hand, or

Good Morning, Boys and Girls,
returning the teacher's greeting
in unison. And likewise sitting down
on receiving the invite, as thusly
it was phrased, for politeness.

So proceeded the day; politely,
willingly, orderly, quietly.
Such discipline needing no effort
for although I did not know it
this is what makes me, me.

My little self, showing an iron will
in following a template whose end
was to make me worthy
of respect in my journey to
being a lady, the loveliest  and

Admittedly, the time frame is short for its application, but one wonders if epigenetic effects are also involved in the apparent constitutional inability of so many contemporary children to sit still and otherwise demonstrate the strong self-control of their recent ancestors. This control being especially true of little girls then, who could apply and project it at a truly formidable level, as I clearly recall.

We refer to 'also involved' as an acknowledgement of the various societal changes in this same time-frame. Powerful though such forces obviously are, they still seem to me to be not sufficient to explain the random, inner chaos that finds first expression in the inability to sit still on instruction.

The A-Z of Educational Nonsense 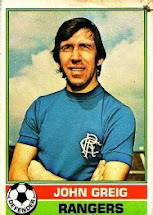