An Art Project For Primary Schools

While retaining a soft spot for some modern art, mainly where the modern artist is still a real artist exploring alternatives from the solid base of talent and technique, I have come to realise that I was largely conned by it and went along with the con for the distinction I believed it gave me; making me an insider who appreciated iconoclastic impulses and the hidden depth of meaning only intellectuals can find in random brushstrokes or panties glued inside a frame and splashed red. A distinction was found, but alas, that of pseud and dupe.

Finally coming to my senses, I wish to record a thanks due to Mr Heard for writing an important book, THE DECLINE AND FALL OF WESTERN ART (see link), about this phenomenon; which, in exposing the vast cultural con that is so much of modern art, led me back to a proper view of reality.

In describing the fascinating history of this decline from high standards and intuitive appreciation of great art, one comes to understand the role of subversion in degrading European art and replacing it with trickster garbage which intentionally mocks us. If you have found yourself perplexed by the apparent high regard (and prices) given to trivia, joke-works, degeneracy and assorted output of low technical merit, thinking that you had a problem in perception and appreciation, this book can set you right. And know that your perception and appreciation is working fine, as are your bullshit detectors! You should feel confident in calling out garbage art for what it is, and seeing con-artists for who they are.

Importantly, this work demonstrates the revolutionary intent of those, mostly tribal, prolix intellectuals and scamsters who have championed the replacement of European good art with cosmopolitan bad art. Their reason for doing this is to be found in the end effect of this project – a world filled with life-denying garbage which they control and, importantly, us native Europeans severed from wonder, beauty and the pride of kinship with our art. And demoralised and confused thusly. Our senses being degraded by this attack primes us for even more of the same in other domains, as anyone with a TV knows.

By bringing beauty and craftsmanship back into an understanding of art, one also brings balance and sanity. Mr Heard’s book is a contribution to this process. By bringing light to the darkly-motivated degenerate spirit of much modern art, this book is also a significant contribution to the debate on our wider European woes.

Respect too, for the courage it took to write this work. In going against the tribally controlled modern art establishment, he has made enemies who famously hold a grudge.

Would that the artistic sensibility that great art awakens be encouraged in our schools. This would not require the cash burning workshops that typically accompanies a school development, for such art speaks for itself; this, alas, and this cost saving of costless condemns it to official rejection.

Here, though, the individual teacher can be a secret art rebel for the transcendental power of great art to delight, inspire and heal. That’s a teaching job worth doing. 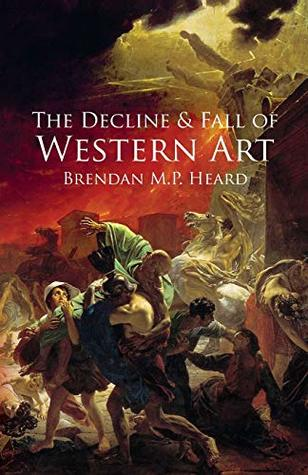 NOTE: I have intentionally made no reference here to the role of junk modern art in the various money laundering, tax dodging and other assorted money magic tricks that those who monger in such worlds utilise. Nor to the international cover that such art and its curation provides for other darker interests.

Considering all the new P1s settling in (or not) into their new regime, the mind naturally revisits my own first days for a compare and contrast. What think ye?

What it didn’t have,…

1.       A poorly constructed wall in a modern school in Edinburgh suddenly fell down and tragically killed a child. Many schools similarly constructed had their pupils decanted to other older schools built at a time when they knew how to make walls that stayed upright. The relocation, effective while the problem walls were fixed, was a major undertaking and reflected well on all concerned. Although, the pupils relocated were naturally very disappointed that they didn’t just get the time off school.

3.       GTCS: General Teaching Council for Scotland. Formerly a simple creature, but lately suffering from such an excess of excellence that it has become, through its various self-serving councils to simpleton-government ministers, a blight. A perfect example of mission over-reach!

4.       WALT and WILF: ‘We are learning to’ and’ What I’m looking for’; a fad in pedagogy whose exponents believe that learning is almost impossible without these being made explicit again and again,…and again. Naturally, in order to further inure our children to clickbait, these are presented as little cartoon avatars. In real life there are many ways to make an intention explicit. And sometimes, o the apostasy, you don’t even need to!

This entry is adapted from my Relentless, which is thoughtfully linked at the top of the page.

Posted by Seneca Caledonia at 7:06 PM No comments:

The Enemy Forces Arrayed Against Our Children

The exact opposite of being informed; our children deformed by agitprop and made into fragile victim bots, self-haters or teeny activists - little macaws squawking back party boilerplate for issues they cannot understand. And primed for perpetual racial outrage and sexualisation. Creating the new generation of unhappy, worried, confused, and even the clinically depressed, kids for the new generation of drug therapies coming along. In short; creating victims.