At this time of year it used to be that infants were only worried about whether they had been naughty or nice, but I’ve just discovered that there is a new source of worry for them – the virus.

Infants are not concerned at getting the virus, that worry is still a little too abstract to their understanding, but on its potential impact on Santa delivering their presents. A rumour had started, possibly encouraged by an older sibling or even our First Meenister, that Santa would be stopped by the police for breaking the lockdown rules regarding travel between zones. This concern, expressed sincerely, shows an impressive grasp of logic as well as a proper focus on priorities, and illustrates one of the delights of working with infants.

Using the same logic, I was able to allay the fear; Santa’s sleigh flies, but the police cars cannot, so they wouldn’t be able to stop him even if they wanted to. This was accepted, after a moment’s reflection and a relieved Ah!, as the logical proof it is. I nailed the assurance with the claim that the police wouldn’t want to stop Santa anyway, because then they wouldn’t get any presents either – new handcuffs, pepper spray or big boots.

It is a wonderful feeling to be able to provide genuine succour to the troubled in spirit. One risks becoming almost saintly, like Santa I suppose.

With infants one often encounters logical corollaries, and even wisdom, built atop false premises, and naturally hold this to be a particular feature of undeveloped young minds. This is true, of course; however, in the last year I have come to believe that as adults we represent no true improvement on the patterns of logic demonstrated by our infantish selves. The domain shifts, but the scope and power remain the same. Our responses to the political and cultural challenge brought to our entire nation by the events of the year seem to me to demonstrate this limit.

This is not to end on a pessimistic note, for it also proves that Santa will not be stopped by the Scottish police. Even our resident FM Grinch cannae stop him.

Nevertheless, one should still be good for goodness sake.

PS. That Santa should be subject to the same rules as the rest of us, somewhat worryingly indicates that infants have absorbed the equalist tropes that persecute the rest of us. I wonder if the magic realm that infants inhabit is shrinking due to the effect of our excellent curriculum's famous four capacities; and in particular that connected to Responsible Citizens - I'm sure it would view Santa as just another privileged White male in need of a little BLM.

Posted by Seneca Caledonia at 7:19 AM 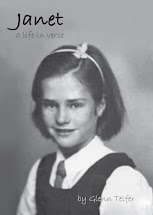